CHICAGO - A Chicago teenager named Tyshaun Granger was reportedly fired from his job at McDonalds for allegedly placing his ''mixtape'' in children's Happy Meal's, rather than the usual toy.

Tyshaun apparently included his rap mixtape in the happy meals within a paper disc holder. On the mixtapes was printed the title of the project; "Tales Of A Real N*gga" was printed on the disc with a sharpie marker.

"I bought my son a happy meal and inside came a mysterious CD" says Sarah Platt, I, like any other parent, would assume the cd was for children. I played the cd in my car for my son while we drove home and lord Jesus have mercy on Tyshaun, the mixtape was dreadful. Not only was it completely inappropriate, but it was also the weakest set of bars I've ever heard" finished Platt.

It is believed that Tyshaun has been sneaking his mixtape in happy meals for about 2 weeks already, and can be up to 300 meals, Tyshaun defended his actions by saying his mixtape was "so hot'', it would keep the happy meal warm for hours.

Oddly, no parents before Platt had contronted Tyshaun or even bortherd to speak to the store manager about the mixtapes, experts believe the parents and children might have actually enjoyed the trap beats included in the mixtapes. Tyshaun has since been fired from McDonald's. 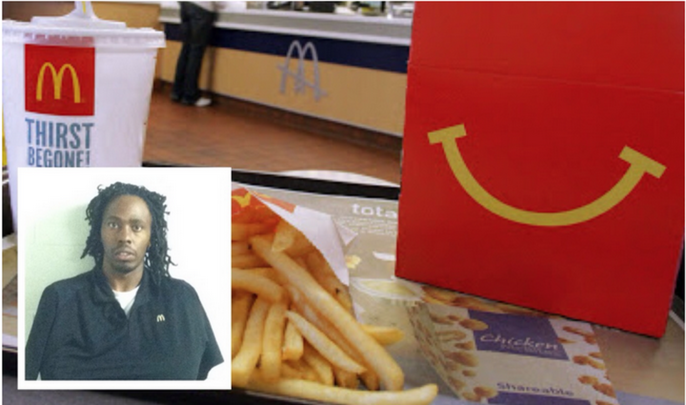